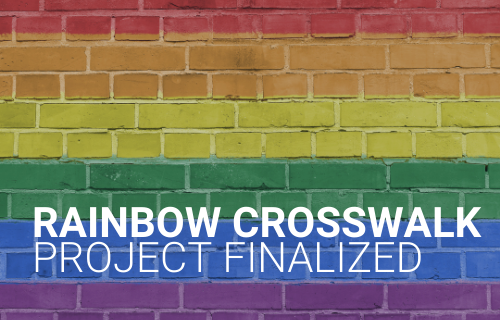 The initiative started with the Cowichan Valley Teachers Union (CVTU) Social Justice Committee and grew through advocacy from students across the district. Rainbow crosswalks were previously only at Lake Cowichan schools and were a project initiated by the Lake Cowichan Teachers’ Association.

“We are excited to be a part of the project that saw rainbow crosswalks installed across our district,” said Candace Spilsbury, Chair of the Board of Education for the Cowichan Valley School District. “The rainbow crosswalks are a colourful reminder of the discrimination that that the LGBTQ2+ community faces.”

While the symbol of the rainbow crosswalk speaks to the inclusive nature of the schools and worksites, it is specifically a symbol that recognizes the discrimination that the LGBTQ2+ community have faced, and continue to face. The Rainbow Crosswalk says to the LGBTQ2+ community that this school has committed to welcoming you and your family here with dignity, respect, and safety.

The below photos are from the installation of the first rainbow crosswalk at Bench Elementary last year. 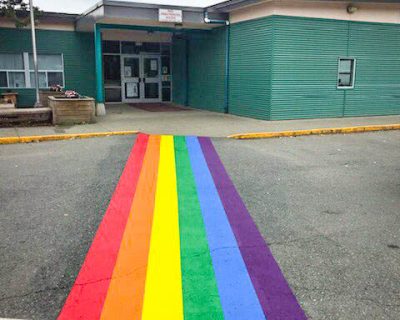 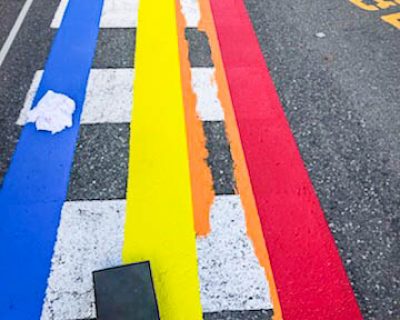 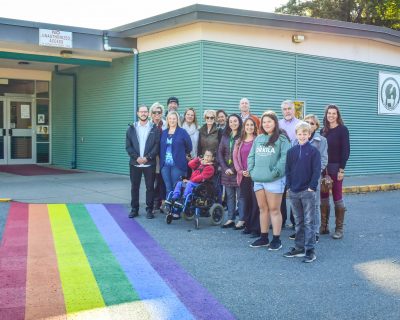